Here To Help You 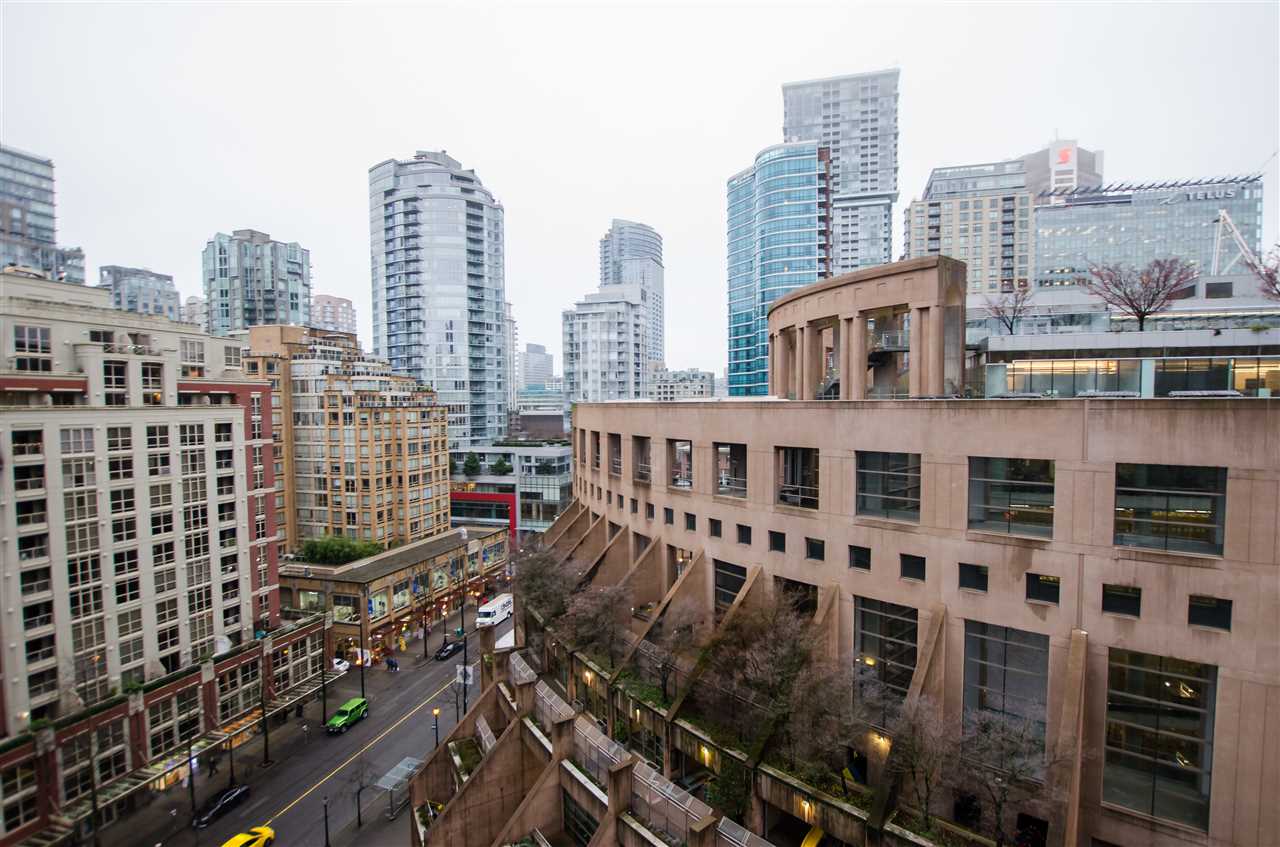 WOW, this suite shows like a showhome and is pleasure to show! Lots of updates include: new large quartz counter top with room to sit...
View details...

Downtown Vancouver is the southeastern portion of the peninsula in the north-central part of the City of Vancouver. It is the business, commercial, cultural, financial, government, and entertainment centre of the city and the Metro Vancouver and Lower Mainland regions.

The downtown area is generally considered to be bounded by Burrard Inlet to the north, Stanley Park and the West End to the west, False Creek to the south, and the Downtown Eastside to the east. Most sources include the full downtown peninsula (adding the West End neighbourhood and Stanley Park) as downtown Vancouver, but the City of Vancouver defines them as separate neighbourhoods.

Besides the readily identifiable office towers of the financial and central business districts, Downtown Vancouver also includes residential neighbourhoods in the form of high-rise apartment and condominiums, in Yaletown and Coal Harbour. Other downtown neighbourhoods include the Granville Mall and Entertainment District, Downtown's South, Gastown, Japantown, and Chinatown.

Downtown Vancouver, with the West End and Stanley Park.

The downtown area includes most of the remaining historic buildings and many of the larger notable buildings in the region.

The presence of water on three sides limits access to downtown Vancouver. There are four major bridges: the Lions Gate Bridge, connecting to the North Shore municipalities and the Trans Canada Highway, the Burrard Street Bridge, Cambie Street Bridge, and Granville Street Bridge provides access to the commercial and residential areas south of False Creek.

The bus rapid transit line 98 B-Line had eight stops in the downtown core, primarily along Seymour Street and Burrard Street. This service was replaced on August 17, 2009 by SkyTrain's Canada Line.

The city is planning to extend the downtown streetcar from its current route of Granville Island to the Main Street SkyTrain station, with future plans extending it to Chinatown and then to Stanley Park.

As a self-made individual who grew up working in her family’s grocery store and opened her first business at the age of 25, Iolanda Esposito has long understood the value of consummate customer service. As a real estate professional since 2007, she is associated with RE/MAX in its Vancouver West Side office—and is a three-time recipient of the Vancouver Real Estate Board’s esteemed Medallion Award, as one of the top 10% among 12,000 agents.

Site Design is a copyright myRealPage.com Inc. All rights reserved.

The data relating to real estate on this website comes in part from the MLS® Reciprocity program of either the Real Estate Board of Greater Vancouver (REBGV), the Fraser Valley Real Estate Board (FVREB) or the Chilliwack and District Real Estate Board (CADREB). Real estate listings held by participating real estate firms are marked with the MLS® logo and detailed information about the listing includes the name of the listing agent. This representation is based in whole or part on data generated by either the REBGV, the FVREB or the CADREB which assumes no responsibility for its accuracy. The materials contained on this page may not be reproduced without the express written consent of either the REBGV, the FVREB or the CADREB.